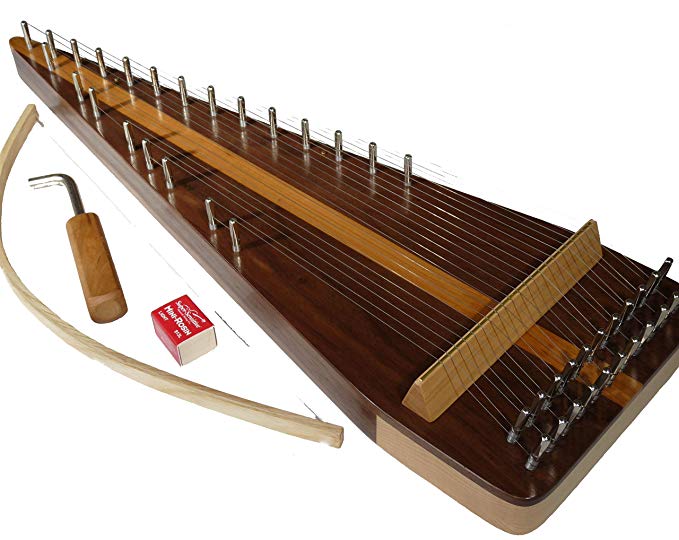 One can argue that the modern day violin, guitar and other stringed instruments owe their existence to the psaltery. In fact, early pictorial depictions of the psaltery have a striking resemblance to what we see today in the design of violins.

A psaltery is basically a stringed instrument which was harp-like in its design and concept. Ancient psalteries were varied in design, with the number of strings and the shape of the instrument differing with the iterations. Throughout the Renaissance era, we saw the abundance of psalteries throughout Europe. They were often depicted in paintings, sculptures and manuscripts. This illustrates how significant the psaltery was to that culture. The design has seen many iterations throughout the generations. The most prominent concept now is the bowed psaltery. This is basically a triangular device with a boat-like structure. It’s usually laid flat on a surface for ease of use. As the name suggests, it’s played with the use of bows.

Why would people want to play this?

There are quite a few different reasons why you may want to play the psaltery. One particular thing that could attract you is the bowed psaltery’s traits. Bowed psalteries are often regarded as very easy instruments to learn. These can help you master other types of psaltery. This also applies to further types of stringed instruments, too. Before even learning the technical basics of the instrument, some people can begin getting a feel for rhythm. Likewise, they can get used to working the strings with their bow.

Another reason you would want to play the psaltery is that it can provide a great gateway. This is similar to other easy to learn stringed instruments. With its easy to learn nature, the psaltery can get you used to string very quickly. What’s more, it can even introduce you to the world of music on a strong note entirely!

For some people, the epic heritage of the psaltery is what attracts them. Being able to play the psaltery enables you to hear uncommon string instruments sounds. These sounds are ones modern guitars don’t often produce.

These sounds can be parts of songs that bring something from the past into modern times. In other words, the psaltery can make old things new again. The motivations for learning the psaltery are as vast as its repertoire of sounds. However, one thing they all have in common is that the psaltery is a very important old member of a prominent family of instruments. Without an appreciation for instruments like the psaltery, the string family and music itself would not be the same. Indeed, you could even argue that music overall would be less vibrant.

The Bible (specifically the King James Version) depicts the psaltery as not only a musical instrument, but also as an instrument which was used in translating Hewbrew text. It still holds its Christian connotation today, used on many occasions in playing Christian music.

Ultimately, the psaltery will be chosen for its ease of use. The instrument is portable, flexible and user friendly.

What makes a good psaltery?

The typical psalteries of high quality are comfortable to hold. They are also able to produce a beautiful sound. The best are able to balance these out, and oftentimes can get quite complex in their artistic designs.

Being friendly to different playing positions is important to enabling as many playstyles as possible. Another factor in the quality of a psaltery is how it’s strung and how easily it can be tuned. The more finicky the design, the harder it is to learn and the more care it will need than normal instruments. Take note though that this last factor is not as large as other factors. It will always be the case that some versions of an instrument need just a bit more love and care than others.

Lastly, equally important to play style friendliness is compatibility. Emphasis on compatibility with different companion implements like the pick and the noter enable great diversity. If you can play it with these kinds of tools, your abilities with the instrument to produce sounds new to you is greatly aided.

Today, you can find psalteries for sale in many music themed stores across the world. There’s also a wide selection of psalteries available online. Here are our top three picks on Amazon:

This 22-string bowed psaltery is available on Amazon now. Right off the bat, it looks very appealing. The black walnut finish gives the instrument an air of elegance with a soft reverence. It weighs about three pounds, which may make it the type of psaltery that is not readily hefted (for those who prefer that play style) but laid on a flat surface and played with grace.

Zither Heaven (manufacturer) in their description touts this psaltery as being easy to play. All the current Amazon reviews seem to agree with this. One minor gripe is the flimsiness of the bow that’s shipped with the product. People who are committed to buying this instrument may find it necessary to invest in a second, more sturdy bow. This is not a major problem though since the strings produce the desired sounds with minimal pressure.

We can all agree that we’re getting a good value. In addition to the psaltery and bow you’ll receive a tuning wrench, string chart (with stick-on note letters and note layout,) and a fleece drawstring bag for carriage. It would have been better if it had come with a sturdy and durable case as opposed to the drawstring bag, but as an entry level device it’ll serve its purpose. There is no left hand variant available.

Roosebeck offers this 30-string instrument on Amazon. It’s expertly crafted with smooth sheesham wood and sits elegantly in any musical set. The psaltrery’s 30 strings range from F4 to Bb6, giving a wider variety in note choices than average offerings. The creatively carved rosette adorning the soundhole was a nice touch.

Roosebeck’s offering weighs about 4 pounds, making it more ideal for play on a flat surface as opposed to being hefted. The bow that comes with it is high quality, but the manufacturer also recommends changing the strings as soon as the product arrives. In addition to the instrument and psaltery bow, you’ll receive a tuning tool and rosin. Reviewers on Amazon note that the sound quality is very good, allowing musicians to play songs easily and quickly. Unfortunately, there are no left hand variants.

This offering from Master Works also sits on Amazon’s platform. This time you have the option of choosing between three types of wood for the body: cherry, walnut or sipo wood.

The case is phenomenal and sturdy. It’s padded and water resistant, with a zippered pocket for the bow. Speaking of the bow, it’s expertly crafted from real Mongolian horse hair.

Musicians who pride themselves on the quality of their instruments will find that their expectations were exceeded by this quality psaltery. Master Works touts their brand, revelling in the handcrafted expertise of their products.

In addition to the psaltery, case and bow, the buyer will also receive a tuning wrench, string gauge chart and rosin.

Reviewers on Amazon were certainly not shy about heaping praises on this psaltery. Most spoke highly of the quality in build and attention to detail. The word ‘Heavenly’ was used in multiple reviews to describe the sound when the bow interacts with the impressive array of thirty strings.

If you’re interested in other dulcimer-like alternatives, check out our guide on dulcimer guitars! 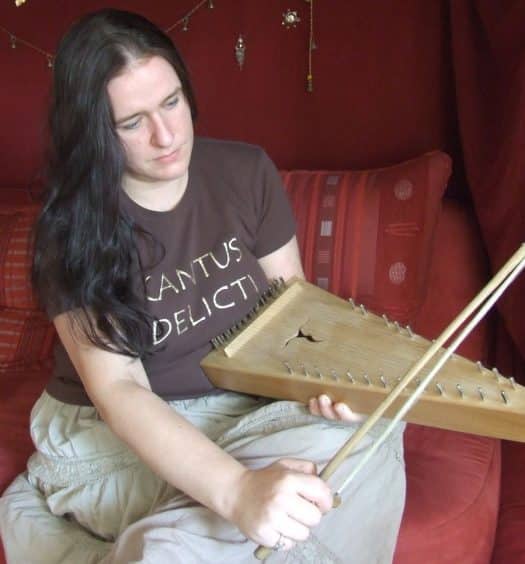 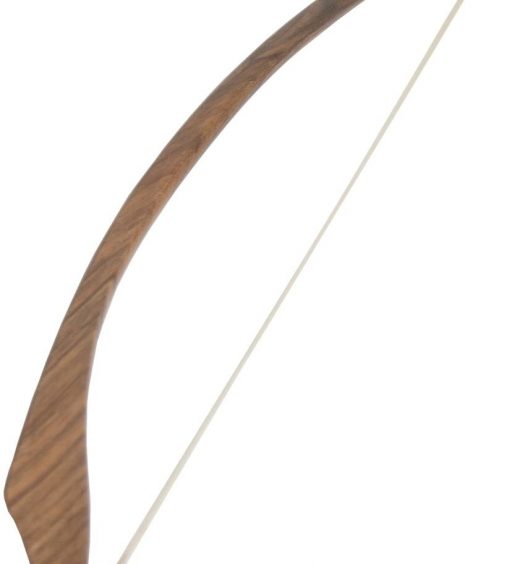