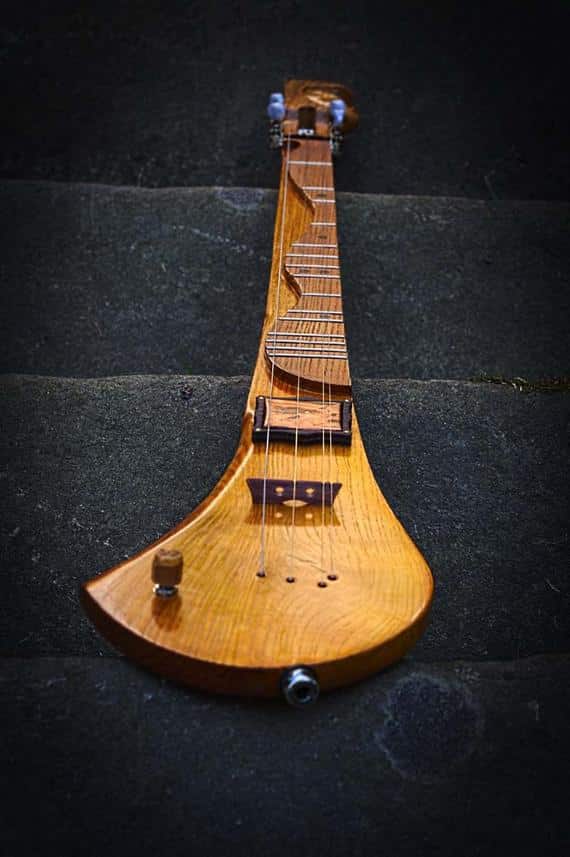 Electric instruments are all the rage these days, and the same is true for the electric dulcimer. As a modified variant of the generic Appalachian dulcimer, electric dulcimers are becoming increasingly popular.

Dulcimers are string instruments, originally created as a simpler alternative to the violin and more complex instruments. Information regarding the history of the dulcimer as an instrument is generally limited, unfortunately, however, most people generally assume that early American settlers created the first examples around the time of the 18th century, when early American settlers would have been lacking in time and specialist skills to make more complicated and elaborate instruments.

The dulcimer itself is a string instrument in the same family as the Zither. It’s a large instrument but has a simple shape and design and is recognizable for its fretted strings (meaning that the strings are elevated away from the main body and neck of the instrument).

What is an Electric Dulcimer?

Numerous different instruments have had electric versions added to their family, and the same is the case for the dulcimer. The vast majority of electric dulcimers are variants of the Appalachian dulcimer, which is the generic model mentioned when one talks of dulcimers. However, some electric versions of the hammered dulcimer are also available. They work in a similar manner to an electric guitar in that the electric pickup allows for a more amplified sound.

The dulcimer is primarily made from wood, which is something that is a nod back to the origins of the Appalachian dulcimer. Traditionally, dulcimer makers used locally sourced wood in the construction of the dulcimer; in keeping with this, most modern dulcimer makers still use American native woods in the construction of their dulcimers, including walnut, oak, cherry, and apple wood. However, some dulcimers are made from plastic these days, although the sound produced by these dulcimers are usually less impressive.

A tone wood is used for the soundbox usually. This might include either spruce or cedar. Meanwhile, for the body of the instrument, most makers will use a variety of hard wood such as mahogany or rosewood.

When was the Electric Dulcimer Invented?

The dulcimer is a variant of normal string instruments; it’s a simpler version of the violin that was invented around the 18th century by American settlers, who lacked the skills and tools to make more complex instruments. Numerous variations of the basic mountain or Appalachian dulcimer exist, and the electric dulcimer is just one such optional variant.

The most common electric dulcimer, the DulciCaster, was invented by Quintin Stephens and provides a superior acoustic than the standard dulcimer thanks to the more amplified sound.