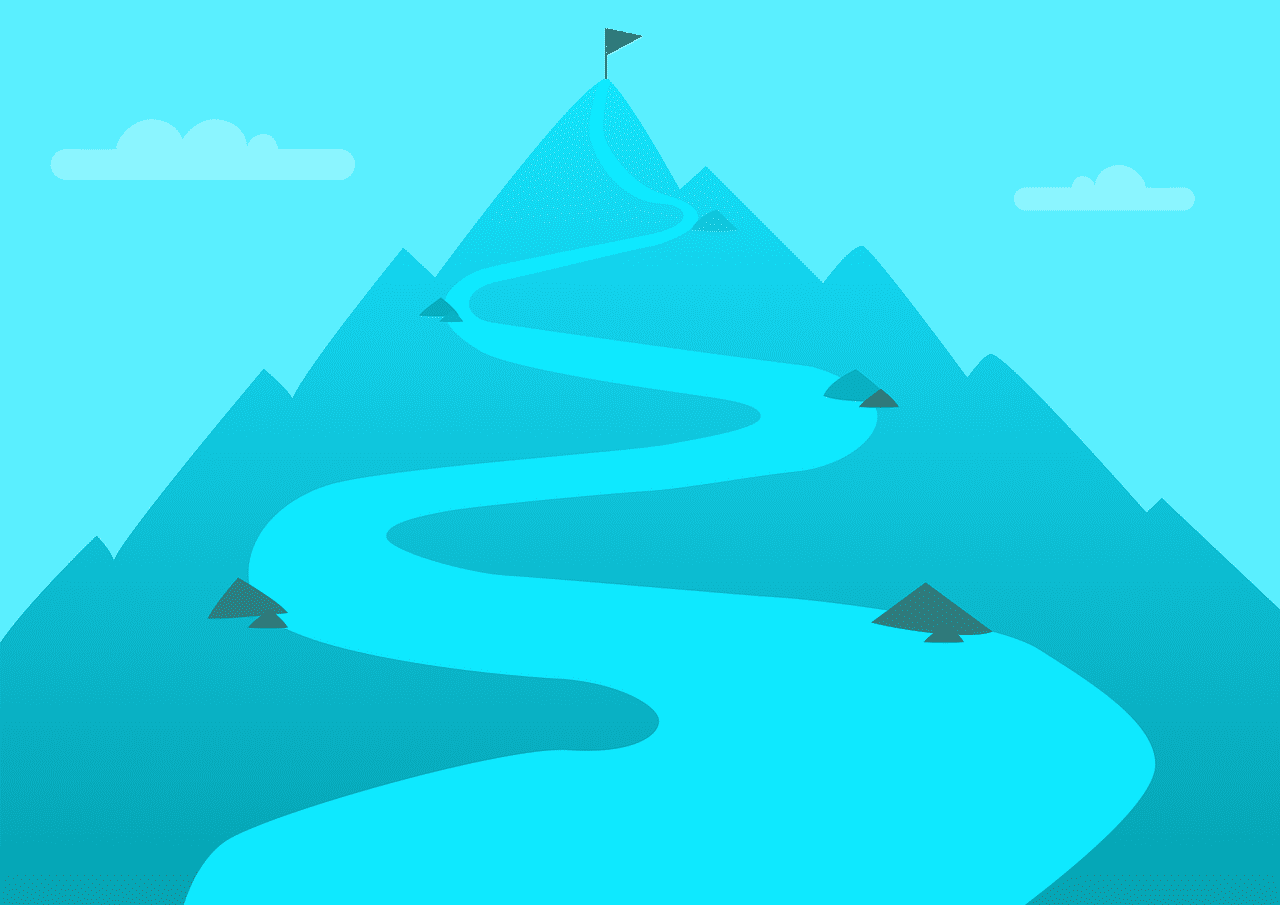 By dulcimernetadmin
Last updated •  3 months ago

Since it’s a stringed instrument, it may have a learning curve for some. Once you have learned how to play it, its sounds are to be even more appreciated. Indeed, it’s a rather different type of instrument compared to hammered dulcimers. You may find that the sound of a mountain drummer is like a lute or guitar in its auditory range. In actuality, the mountain dulcimer is rather distinct in sound. On top of that, its shape is quite different as well.

While learning, it will also be helpful to understand how to tune your dulcimer. This allows you much greater range and modes of sound. You can achieve more with your instrument. Not only that, it will allow you to unlock the full potential the mountain dulcimer offers. For a more detailed guide on tuning, check out this article.

You’ll be happy to know that the Appalachian dulcimer is easy to use. It isn’t a string masters only instrument,  despite its complicated-looking design. Indeed, it’s often regarded in the musical world as one of the easiest stringed instruments to learn. It’s easier in some cases than even the guitar. This makes it a great entry for newcomers to stringed instruments in general. And what a great instrument to learn indeed! The very first place to start gaining a familiarity with the dulcimer is twofold. First, getting used to its shape. Second, deciding on a good way to hold it for playing.

Holding the Dulcimer – (how to play a dulcimer pt. 1)

You can play the dulcimer with ease by laying it flat on your lap in a comfortable position. The head should be to your left. Your right hand is in charge of strumming and plucking. Meanwhile, your left hand is in charge of fretting to produce the notes. Note that this can also be the inverse for left-handed people as well. Left-handed folks need not worry about losing any comfort while playing. That’s one of the benefits of such a stringed instrument’s design!

Some musicians prefer to play the dulcimer by placing it on a table. Here, the furnishing can double as a resonator for heightened volume. Some makes of dulcimer come with shoulder straps. This means they’re transportable with ease. One can move into position without worry of dropping it. In some cases, you may even see some musicians that prefer an ‘autoharp’ style. This depends upon the playstyle. Autoharp is where you hold the dulcimer in a vertical position, or guitar style, where it’s held sideways on the lap.

The dulcimer comes in a variety of different shapes. For the most part, though, it has no major bearing on how you hold the instrument. This is likewise true with playing. The only exception to this may be in the case of the addition of a second fretboard on some dulcimer designs.

What You Can Play Dulcimers With – (how to play a dulcimer pt. 2)

One important thing to take note of is the fact that dulcimers are not always played with your bare hands alone. Often, you need two things to produce the highest array of sounds that the dulcimer is capable of. These are the plectrum, or guitar pick, and the noter.

While you may play your dulcimer with a guitar pick, some dulcimer players also make use of a noter. Find out more about a noter here!

Strumming and Chords – (how to play a dulcimer pt. 3)

For starters, notice how your dulcimer is stringed. In most cases, the instrument is strong with the melody string on the side facing the player, whilst the bass string is situated on the side facing away from the player. You will notice that there are spaces in between the head and each horizontal line that lines the fretboard from the head, along the neck to the bottom. These are the frets themselves so named.

Your first fret should always be E on the neck. E is easiest to remember usually because It’s right below the head of your dulcimer. Take note that going onwards from E, the second fret is F sharp. The third is G. The fourth is A, and the fifth is B. The sixth is C sharp. The seventh is D but one octave higher. The eighth is E: higher octave. Ninth is F-sharp: higher octave. Lastly, the tenth fret is G, completing the orientation of the fretboard.

Soon enough, you will be familiar with the most basic geography of the instrument. When you are, it’s time to start experimenting with different chords. Chords are two or more notes which you play in unison, otherwise known as harmony. There are different types of chords.  You will discover them as you learn and practice over time.

With a pick and noter handy, make sure the noter is in your non-dominant (left for most people) hand. It should be between the thumb and forefinger, while the pick is in your right. Begin with a motion that starts close to you before moving in an outward direction. One very basic chord progression is D, G, A. This is due to D being the first chord you should be strumming. That’s unless your dulcimer has some form of alternative tuning or arrangement.

While strumming, place the noter on the very first fret. From there, you gently apply pressure while you strum your strings. In doing so, you have played your first E chord!

With control over your fretboard, your progression continues. You can now begin experimenting with the other frets while you strum! Over time, you can achieve the different chords the dulcimer is capable of producing. From there, one of the most important things to master is finding and maintaining your rhythm. Rhythm lies at the core of any song and is for some people the true curve to tackle and conquer.

Getting and Keeping a Rhythm – (how to play a dulcimer pt. 4)

One great way to get your foot in the door to mastering rhythm is to start by going chord by chord. Play each chord by itself once you have mastered the fretboard. Continue this until reaching that chord becomes muscle memory. Or, continue until at least takes much less time to think about before executing. Either way is a sheer sign of progress!

Faster rhythms are usually difficult. This is so if you have only mastered strokes in directions pointed away from you. One key to helping crack the learning curve of keeping rhythm is as follows. Combine these upstrokes, the term for strokes you may away from you, with downstrokes. Downstrokes are strokes directed towards your body. Knowing the difference between these two helps to make the difference. They allow you to access the full variety of rhythm that’s possible!

Some Things That Can Help

If you need some extra help in getting used to keeping rhythm when learning chords, don’t worry! There are a few different tricks out there. One such approach that exists is to tap your foot while strumming. This is also a favourite activity of some musicians in of itself. The regular tapping gives you a sense of the passage of time in relation to your overall rhythm.

A metronome can achieve this same effect. Many models of metronome exist out there and they’re more than mere decor, after all! One set on a table of the ground near you while you play can give you a constant auditory frame of reference.

Like metronomes and tapping your feet, singing is a great boon. While practising, it can help you to achieve and maintain a steady, elegant rhythm. Not only that but singing while learning can be a very valuable asset later on if you desire to be part of a band. There is a very intricate lyrical heritage that grew up with the dulcimer. It’s associated with the very same pioneers that invented the dulcimer generations ago.

Sheet music is also an invaluable aid for beginners as well as intermediate players. They offer selections of different songs with basic to more advanced stroke arrangements. You can experiment with these to get a feel for your instrument. They can help acquaint you with the different rhythms it’s capable of as well. In the context of rhythm, remember the following. In most cases, you can tell the difference between an upstroke and downstroke with ease. They’re the D or U respectively on the sheet music.

Taking it slow at first is also prudent with these arrangements. This allows you to master your timing and precision. Timing and precision are part of the foundation for all musical rhythm. In other words, go at a pace that’s most comfortable for you, so you can absorb the most possible experience!

Things to Think About

If it’s your very first time learning the dulcimer, remember that it’s very rare to see skills emerge immediately.  Mountain dulcimers, let alone their hammered cousins, are not mastered with ease. Mistakes will happen even as you start to maintain a rhythm, but that’s you ironing out the kinks as it were! There will be stumbles here and there.

Another thing of note is that dulcimers are a great choice for newer musicians. This is because they’re one of the easiest stringed instruments to learn but also on the harder side to master. They will continue to provide you with new challenges as you play them over time. This challenge invites you to try new ways with which to play them. Many play styles have emerged for the dulcimer over the years. Who knows, perhaps you may one day pioneer a new playstyle of your own!

Dulcimers have a lot of crossover with other stringed instruments as you may see. A lot of their common lineage lies with the hummel, guitar, lute, sitar and much more. Because of this, the dulcimer is also a great choice as a gateway instrument. It can encourage you to explore the rest of the string family. It can as well help you develop a greater grasp of music in general.

Alongside, dulcimers are very lightweight. This makes them a lot less imposing to pick up and play compared to cellos or bases. With this ease of accessibility in mind, consider experimenting with a dulcimer quiver. Try to play with only a pick. Or, even play with only a noter. Try these all to see what kinds of sounds you can produce. Also, see how you might combine them into your own repertoire as a budding dulcimer player.

As will all musical instruments, regular play and experimentation will hone your skills. Playing with your dulcimer often can also help you discover new sounds. Likewise, it can help boost your confidence with music in general.

Not only that, but regular dulcimer practice can help improve your hand coordination. That coordination will help you in the long run. If you wish to explore the string family, that coordination is a boon. Once you have gotten the hang of your Appalachian dulcimer, take pride! You’re lending vibrancy to a musical instrument lineage. Your exploration of the dulcimer makes its tradition all the more vibrant. Happy playing! 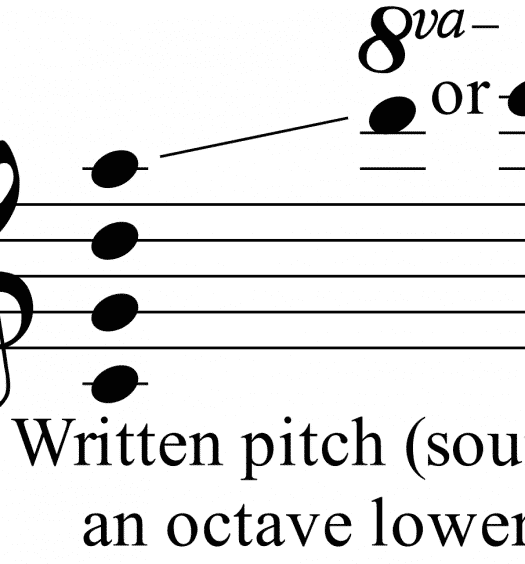 Last updated : 3 months ago
How to