What is a stick dulcimer?

Tuning the stick dulcimer is easy. The most famous tunings are D.A.D, D.A.A, D.G.D. As a beginner, the D.A.D tuning is the easiest one. This tuning means that the first string is bass (D), the second string is middle (A) and the third string is melody (D). It is called the Mixolydian tuning. Here are the steps of Mixolydian tuning:

You can easily learn how to play melodies from an array of songs you like. That’s why older people took a liking to this instrument. The stick dulcimer also has a folksy sound, which also draws in an older audience for this instrument. As for the younger generations, playing the stick dulcimer is the first step if you’re interested in playing the guitar. If you’d rather stick to the dulcimer family, there’s also dulcimer guitars!

How is a stick dulcimer different than a regular dulcimer?

Basically, the stick dulcimer and mountain dulcimer look somewhat similar. However, the stick dulcimer was created for a specific reason. That reason is to make everything as simple as possible for whoever plays it, starting from size and ending with the playing method.

The stick dulcimer has many brands and models. Over the years, these models became different in length or body weight. And some people have even managed to upgrade the stick dulcimers and create their own unique brand. The McNally brand is the most famous, mainly for the great quality of its instruments. Bob McNally, the founder of the company and the creator of strumsticks had the goal of opening a pathway for non-musicians to engage music. He thought about creating a small, yet attractive and appealing instrument. Following the designs of the Appalachian and stick dulcimers, McNally started to design and develop the instrument, which would be the successor and breakthrough in this field. In the end, McNally has successfully made smaller dulcimers that supported the C, D and G keys.

Now, we will review one of the McNally strumstick models.

This is the most popular model of the McNally brand. Statistics show that the McNally D-33 Grand Strumstick is the company’s best selling instrument. The lower D pitch gives a deeper, more enhanced and powerful sound than the G model, which gives a high, sharp pitch. It has the usual three strings; bass, middle and melody.

The hand is made of maple, padouk and spruce. The body and fretboard come from one of four of the finest types of wood; Rosewood, spruce, padouk and Koa. It also has a diatonic scale and a Rosette sound box. The McNally D-33 Grand Strumstick’s price ranges according to the wood type. Weighing in at only one-pound, carrying your dulcimer stick won’t cause any unnecessary discomfort.

The greatest feature of this particular model is its surprisingly long, yet convenient length. Its length is 33 inches, making it longer than the standard model. You can also tune this stick dulcimer to C.

The McNally D-33 Grand Strumstick arrives with a pick. It also comes with a CD that gives you all the guidance you’ll need. Additionally, there is a small book that has a lot of helpful information, such as how to change the tuning from D to C and how often you should change the strings. 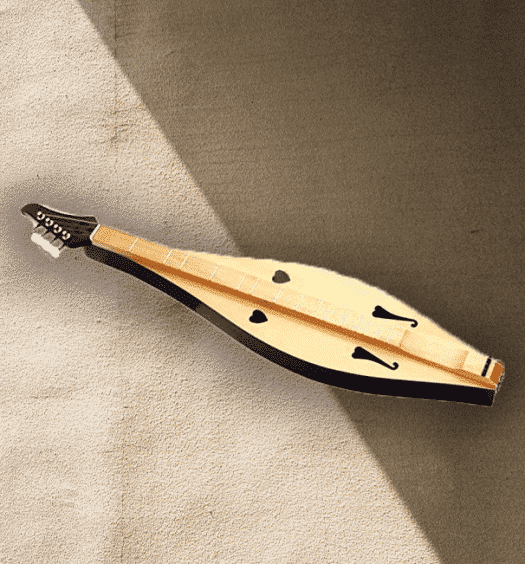 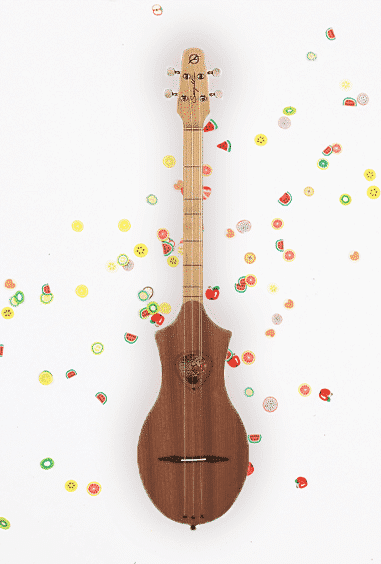